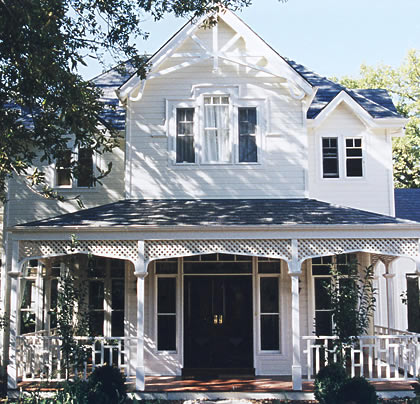 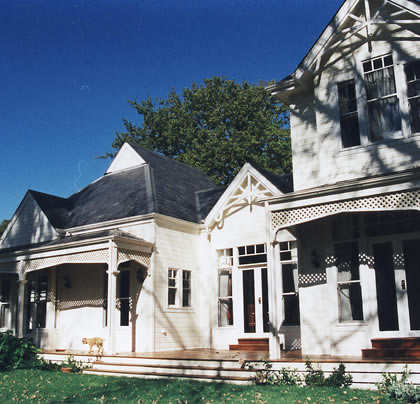 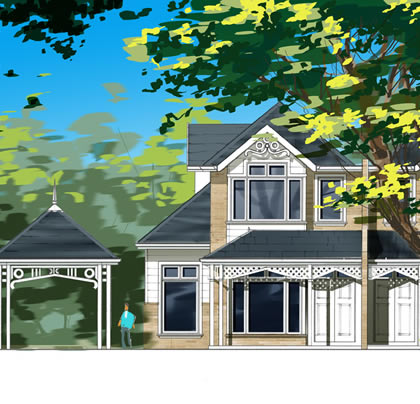 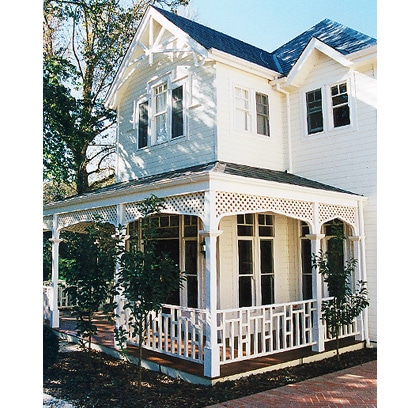 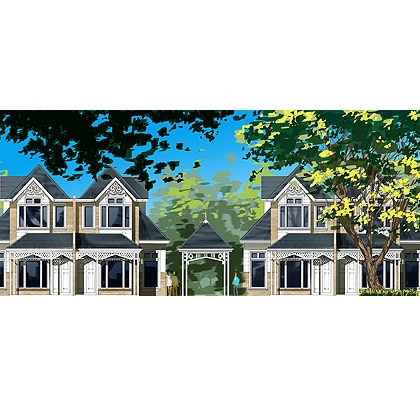 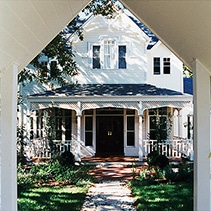 Inspired by American Colonial architecture, our team was responsible for the external design of this family home.

While each of these styles had their own unique features they all shared some common attributes. Typically double-storey, symetrical designs with steep pitched roofs and gables, these homes were commonly clapboard or shingle constructions with a central front door framed by multiplaned, double hung windows.

For our modern take on the American Colonial style we used weatherboards and slate tiles to depict clapboards and shingled roofing, a black and white colour scheme, and included windows and doors that borrow from the Victorian arrangement and proportioning (fenestration) associated with the style.