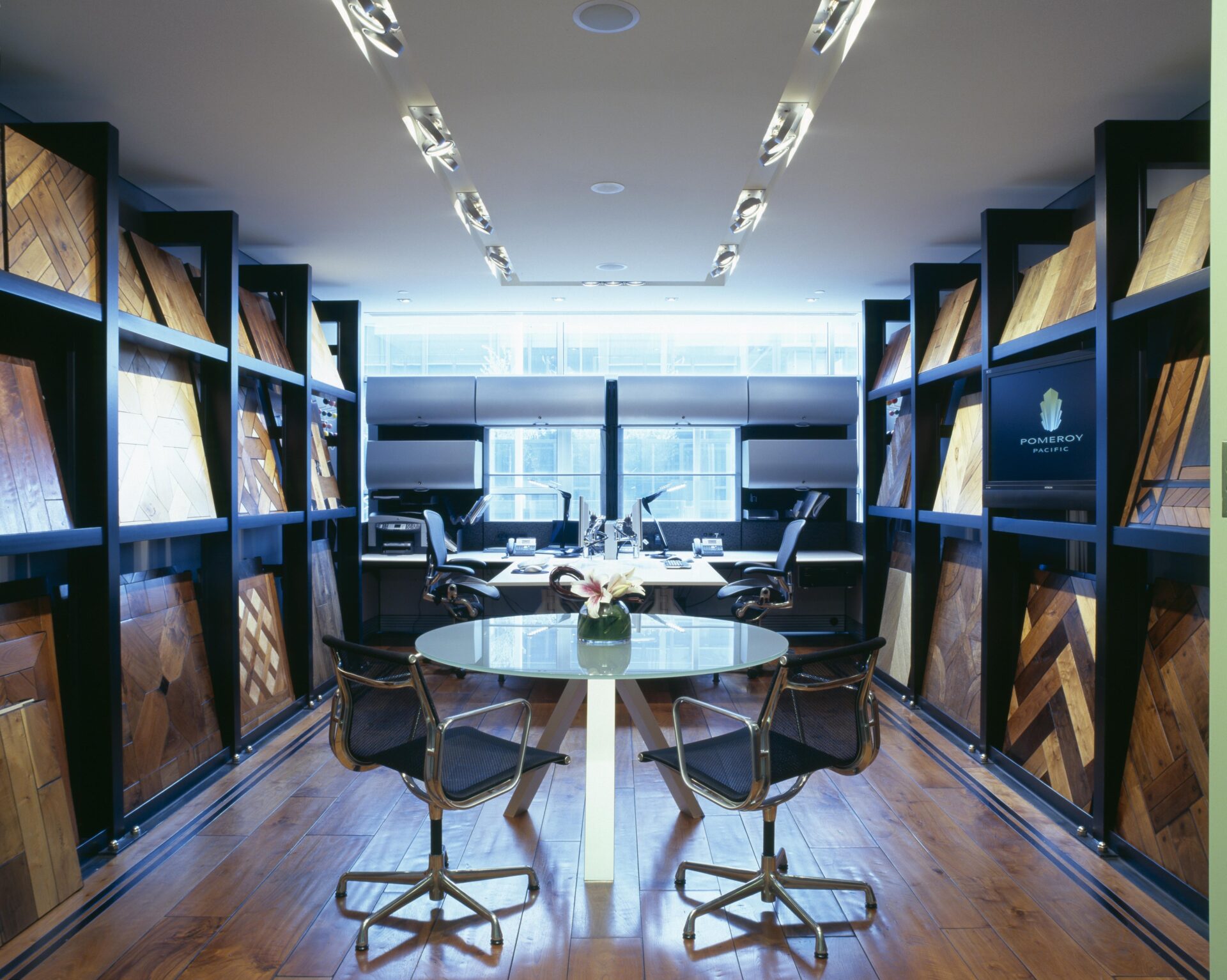 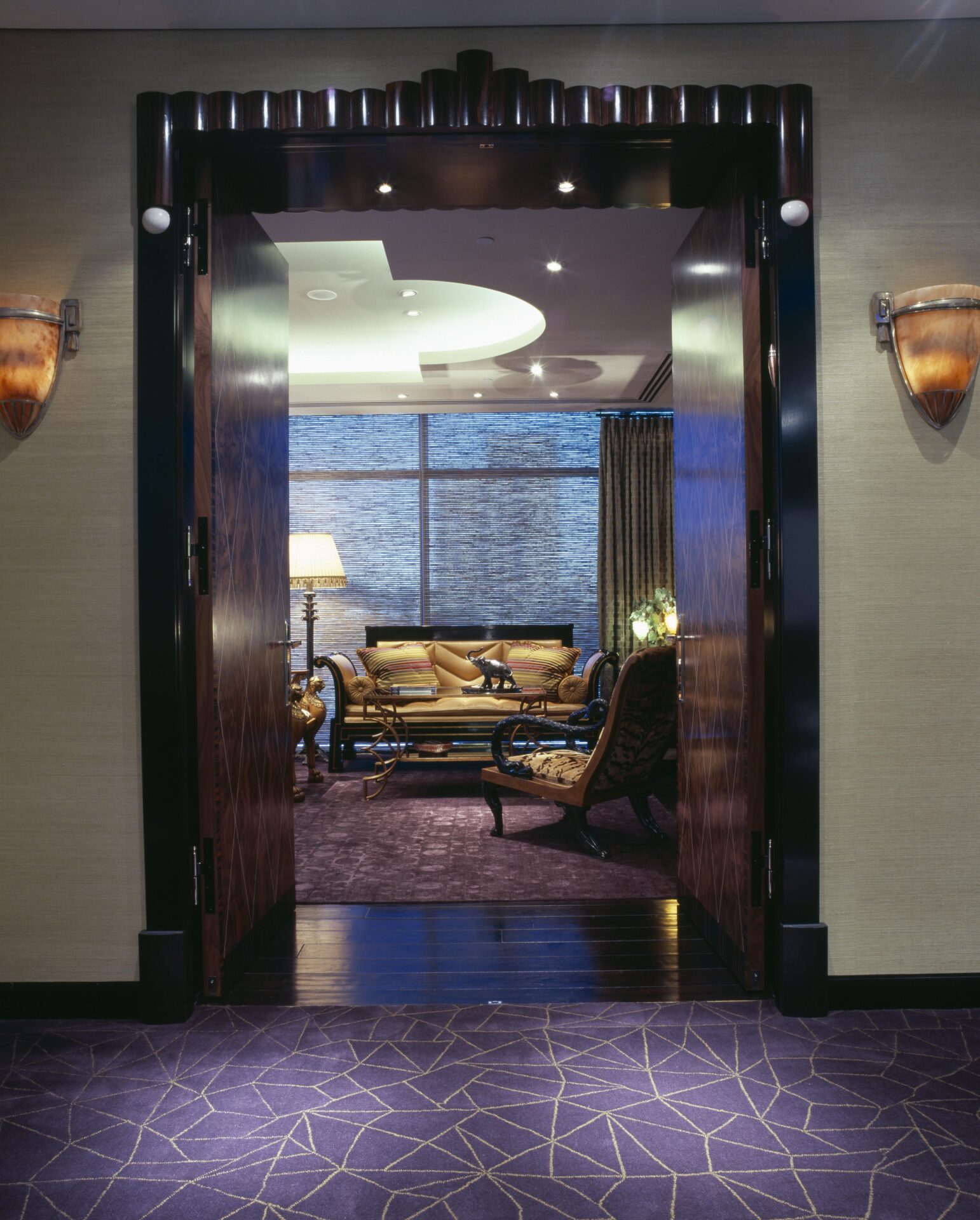 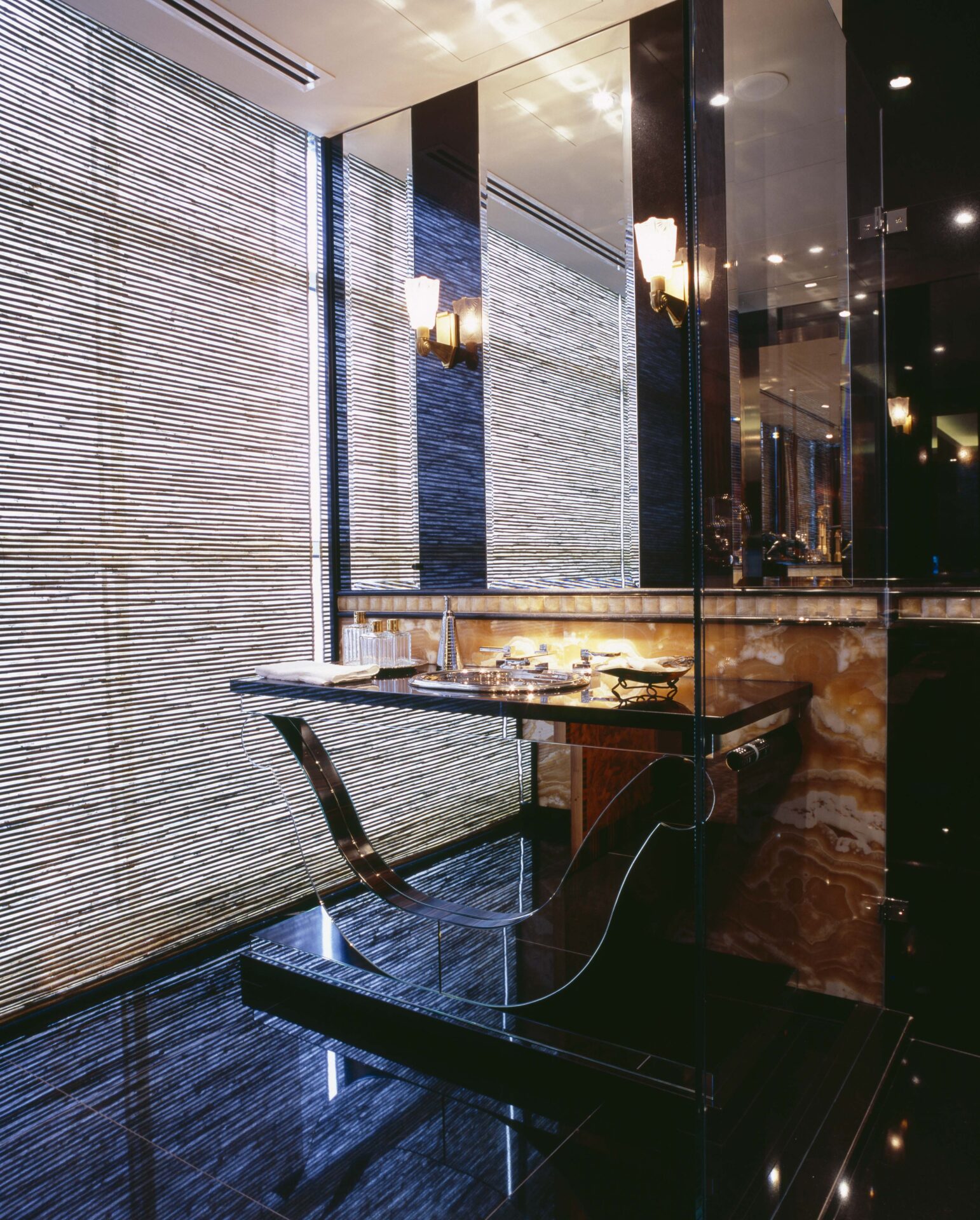 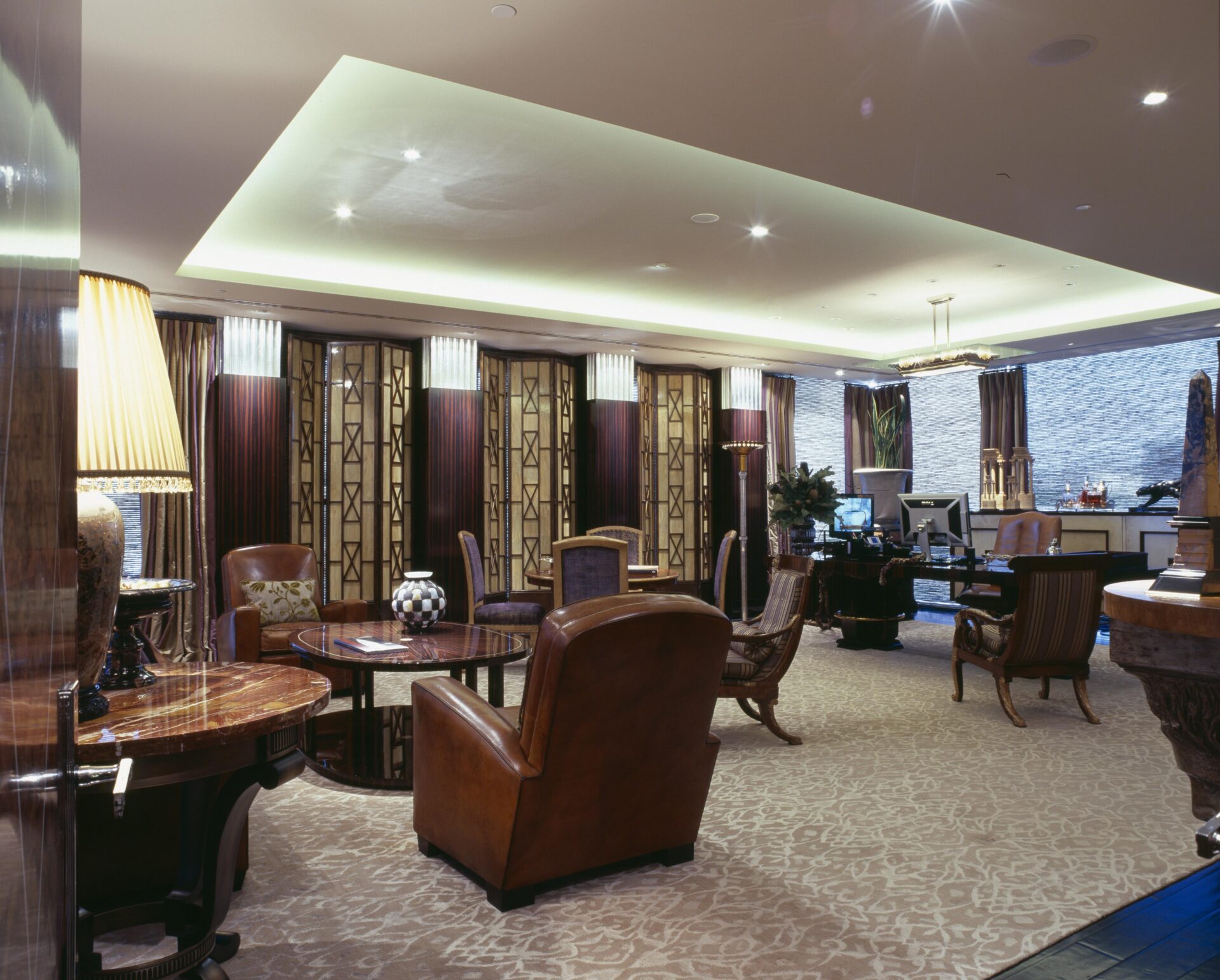 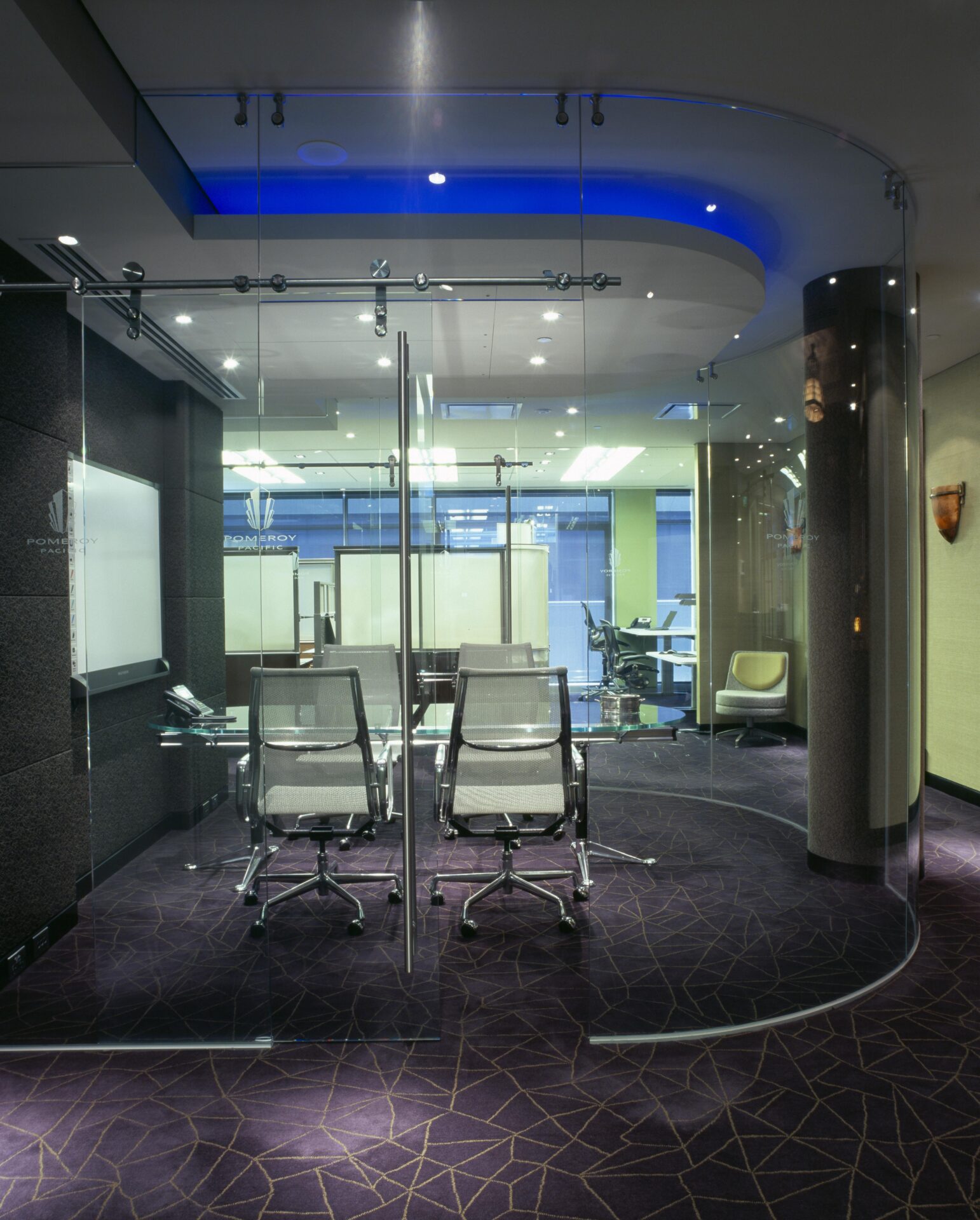 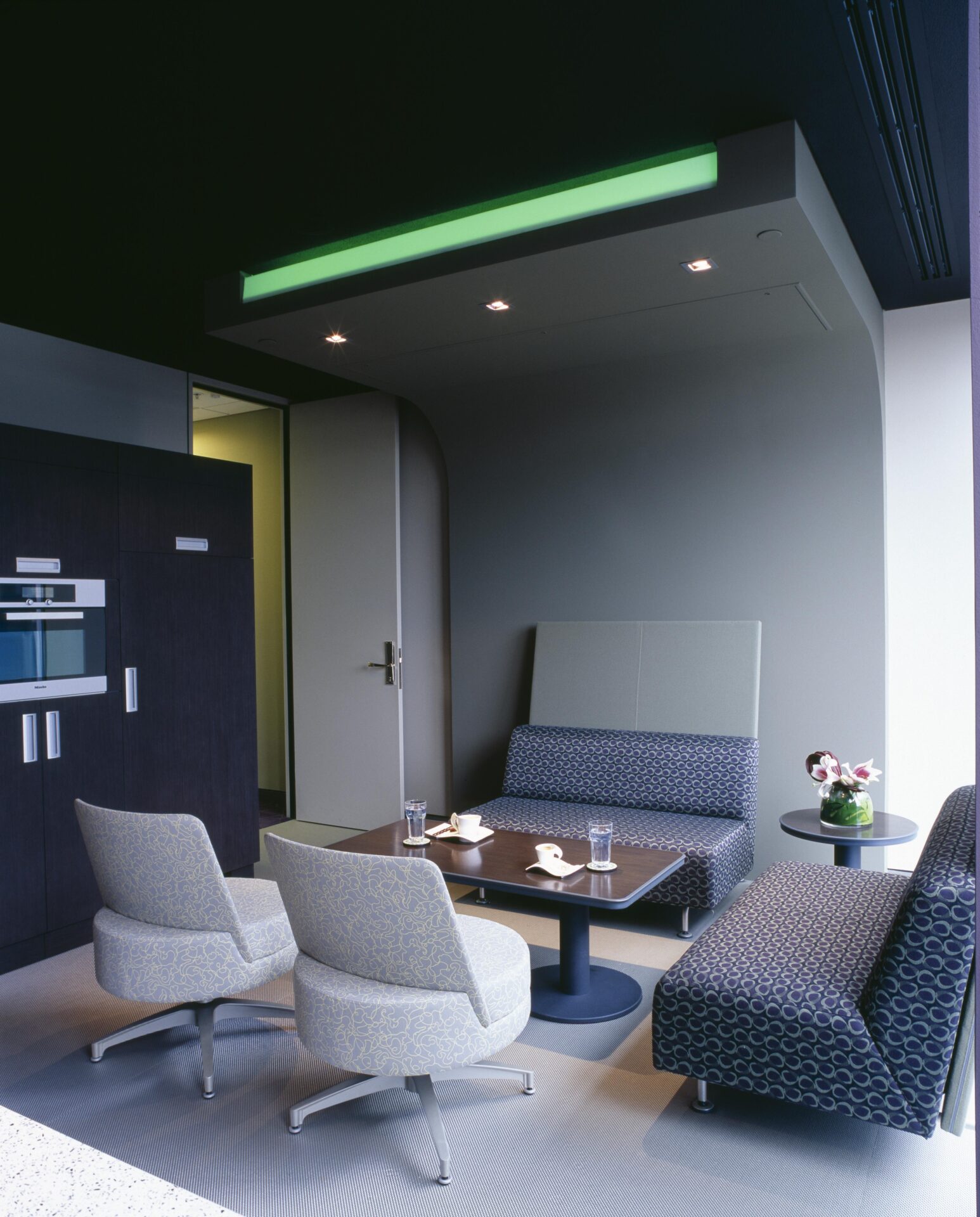 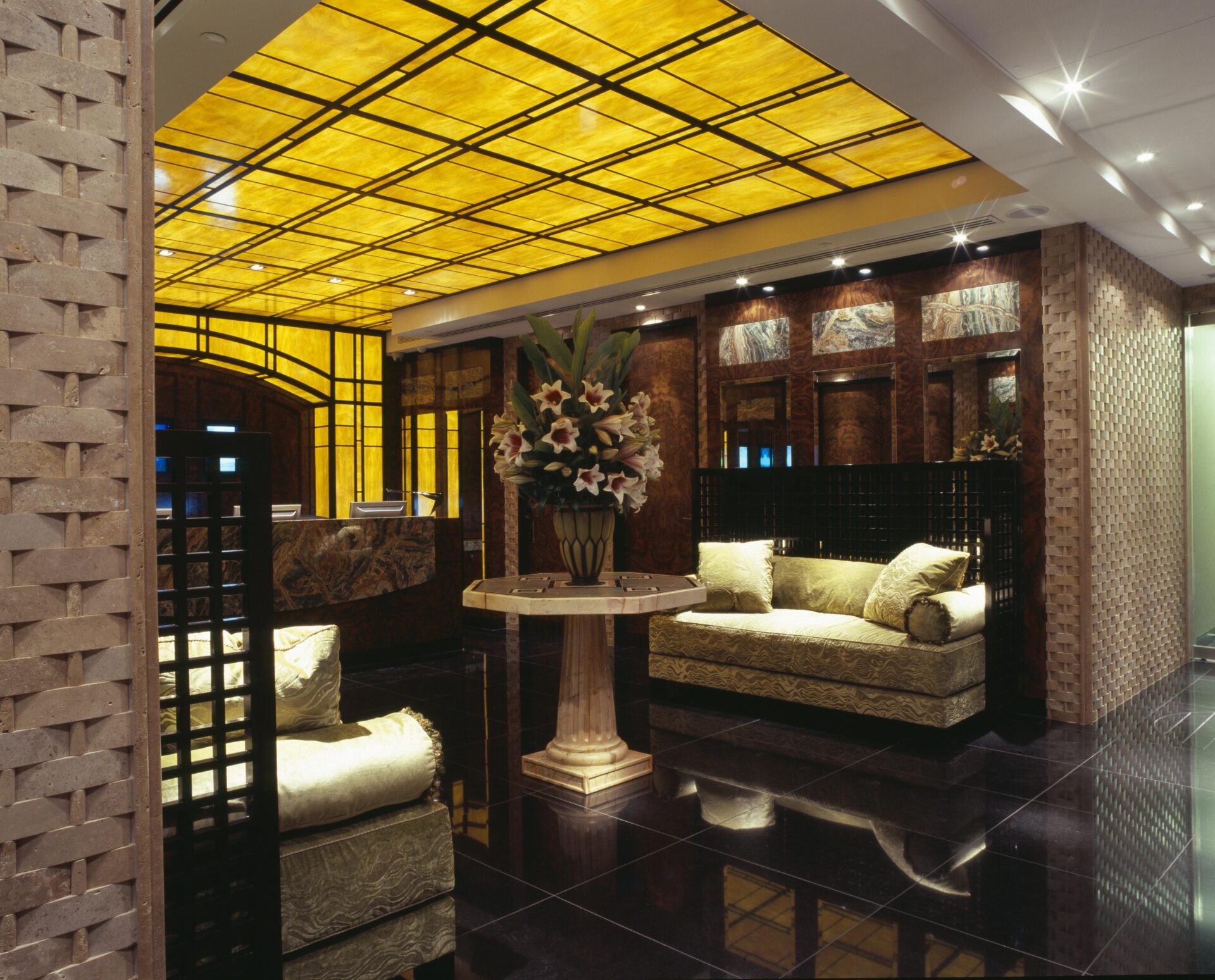 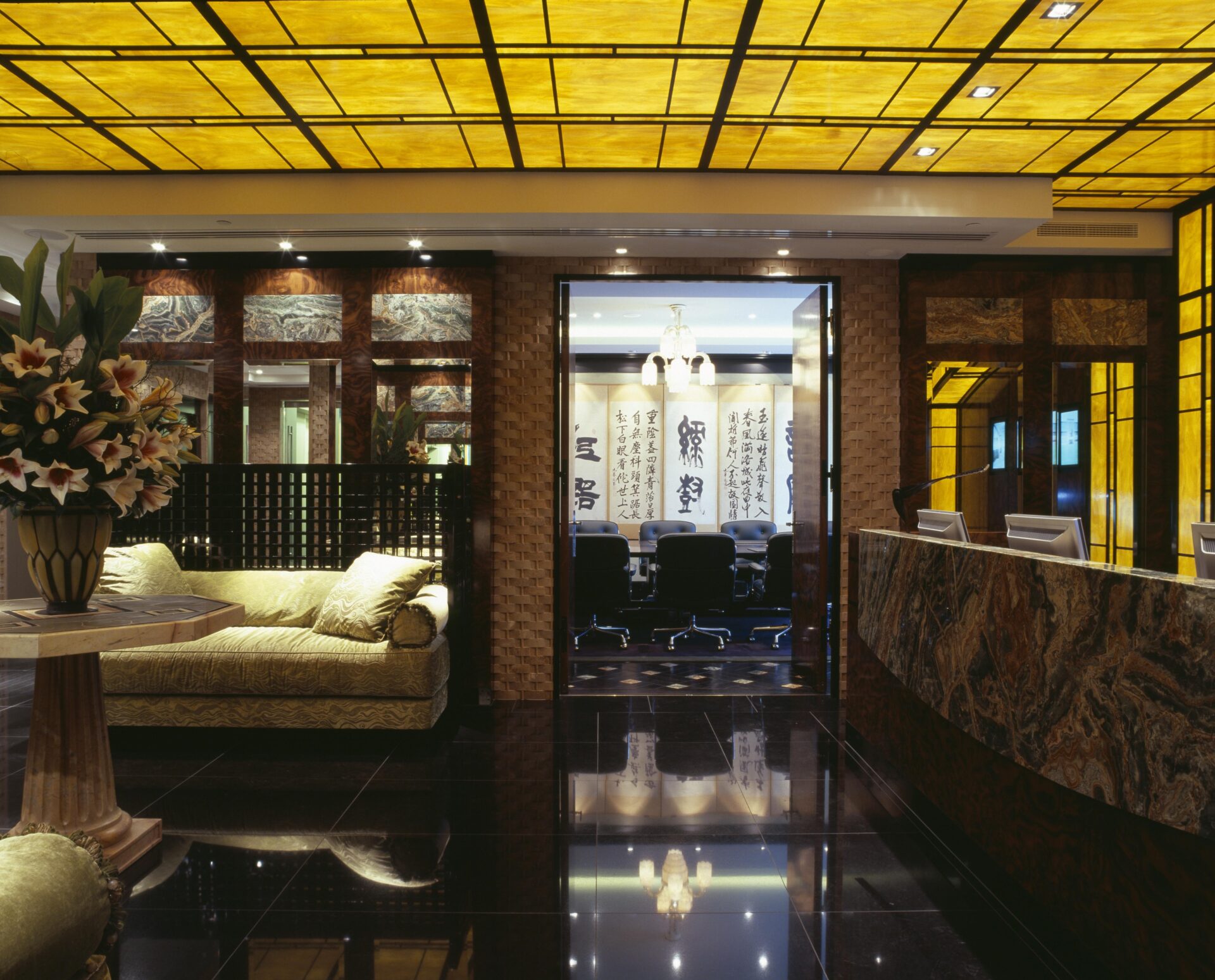 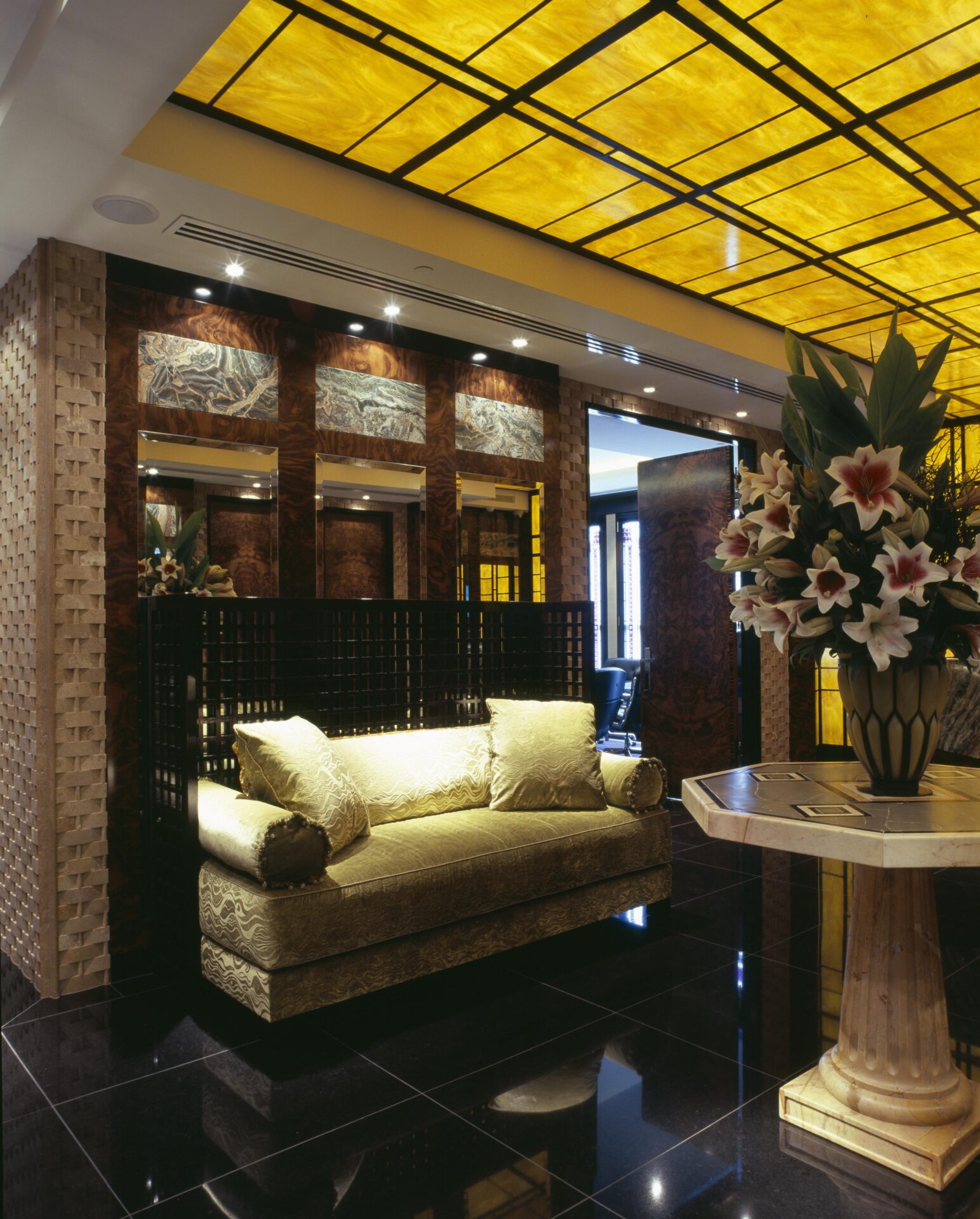 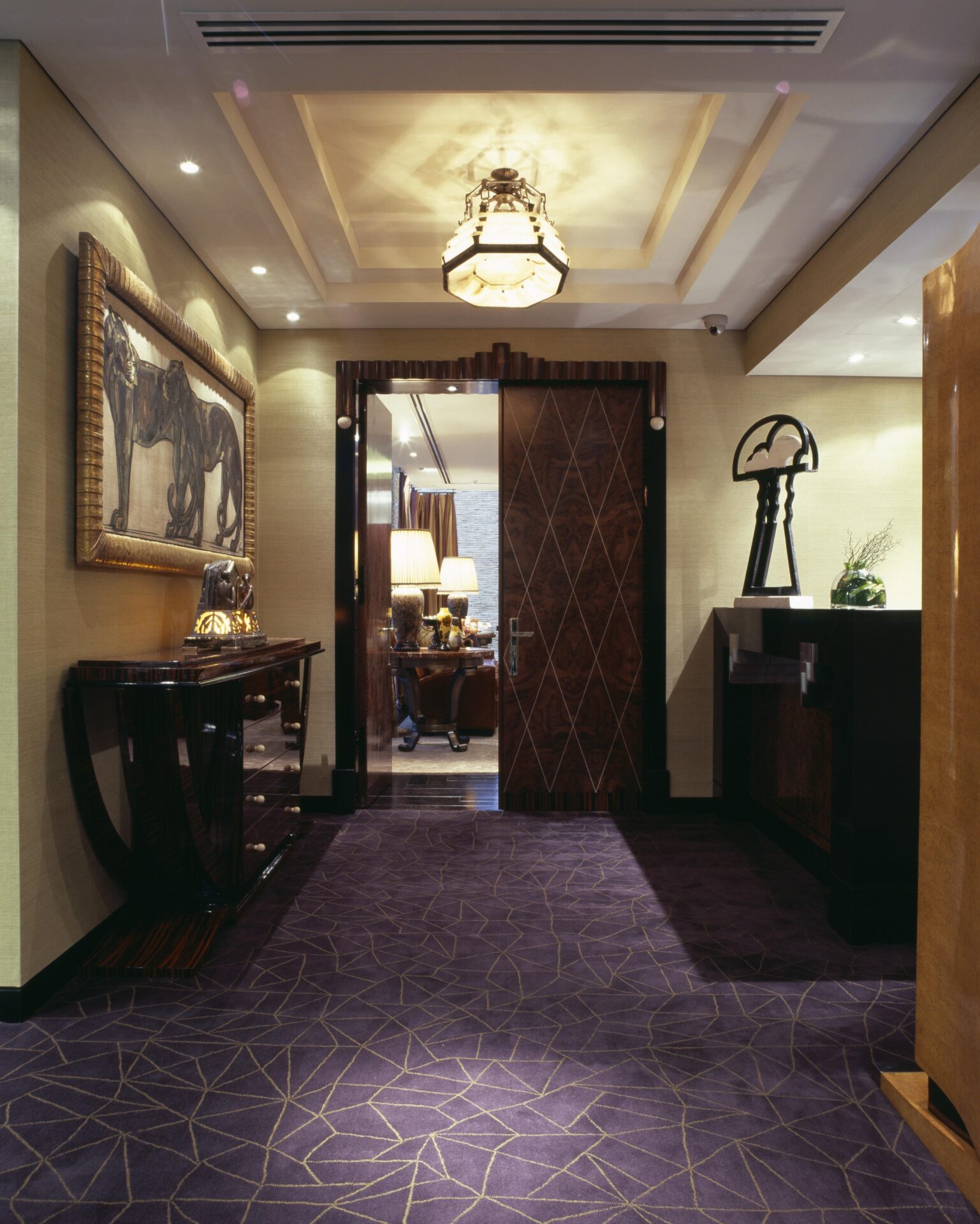 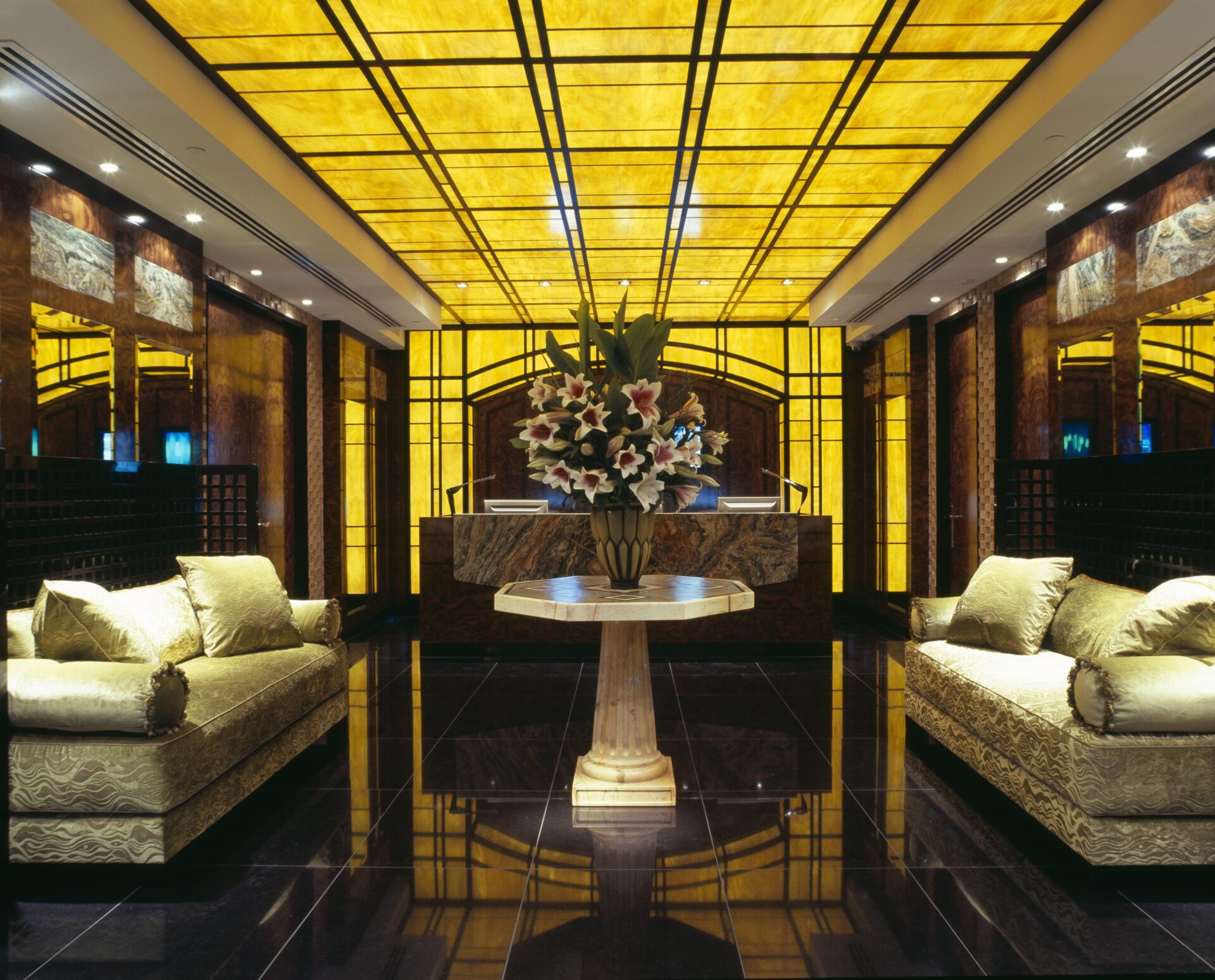 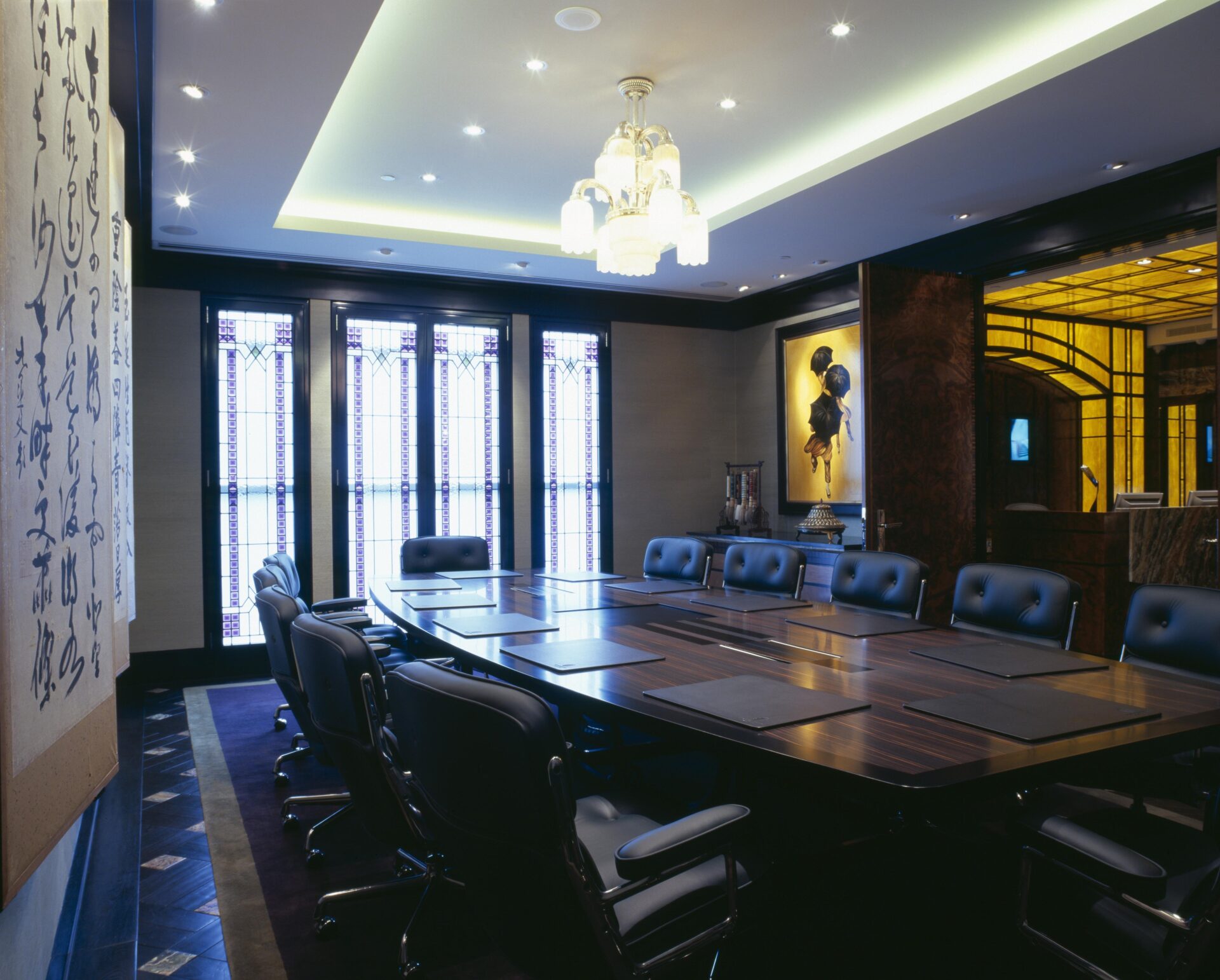 After Pomeroy Pacific outgrew their previous premises, they relocated to a new office building in South Yarra.
As their interest in Decorative Arts further developed the team embarked on perfecting what they had achieved in High Street, nearly a decade earlier.
The new Pomeroy Pacific Headquarters were designed to fit within some 300 square meters of open space, on a fourth floor, of a brand new office building in South Yarra.
While the Reception Area and the two Director’s Offices maintained the Art Deco expression the Project Management Area and other Public Spaces were designed using the very latest Herman Miller and Steelcraft Furniture, Partition and Lighting systems.
Particularly noteworthy are the HM My Space Office Pods which had just been released by Herman Miller at the time of design development and were showcased in Pomeroy Pacific for the first time anywhere outside the US.
To make the internal space of the Reception Area more welcoming, CKD designed an illuminated stained glass ceiling and arched backdrop to the Reception Desk, setting the tone and backdrop for some wonderful pieces selected or designed by a celebrated Los Angeles Design Firm of Hendrix Allardyce.