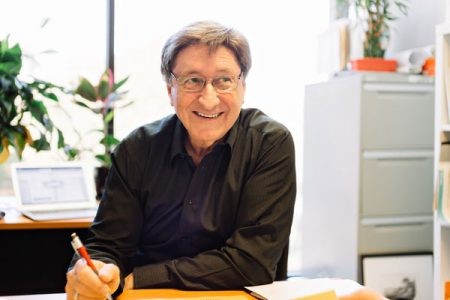 Robert’s entrepreneurial flair provides clients with the opportunity to work with an architect who is able to identify unique commercial opportunities and produce designs that help them achieve profitable results.

Robert Caulfield is an internationally renowned and award winning architect having designed significant buildings throughout Australia; the middle east, Asia and the United States.  He is the founder of and for 31 years the managing director of Archicentre Limited, Australia’s largest building advisory group.  He appears frequently on T.V. and radio and in the media discussing all aspects of buying, building and renovating buildings.  He is a past national president of the Australian Institute of Architects, president of Kidsafe Victoria and an experienced company director.

Since graduating with honours in Design and Professional Practice from RMIT University, Robert’s career has been highlighted by many awards and achievements which reflect his dedication and commitment to the profession.

In 1977 he was awarded a research grant by the Royal Australian Institute of Architects (RAIA) for the study of possible methods of building procurement up to the year 2000.

A citation by the RAIA in 1978 gave Robert recognition for the proposed development of a range of architectural advisory services to help the general public.  This was to become Archicentre.  In 1978, Robert along with Ivo Krivanek also formed Caulfield & Krivanek Pty Ltd, architects, planners and interior designers.

In 1984 Robert was awarded another professional citation for the conception and implementation of a number of building and design services.

1986 saw Robert awarded the prestigious RAIA Sisalation research scholarship for international research into the prevention of building failures and maintenance problems.  This experience has subsequently been applied to many of Caulfield & Krivanek’s projects and to the development of Archicentre’s technical expertise.

In 1987, Robert was awarded the Victorian President’s Architecture Medal for outstanding services to architecture.

In 1990, he was elected National President of the Royal Australian Institute of Architects, the youngest president up until that time.

From 2000 onwards Robert has been involved with the design, documentations and construction of major residential and commercial projects in Australia, Dubai, China, Vietnam, Iran, Azerbaijan and Byelaruss.  However, he still has extensive involvement with all aspects of domestic residential construction.

In 2002 Robert was awarded a Centenary Medal by the federal government for services to architecture.